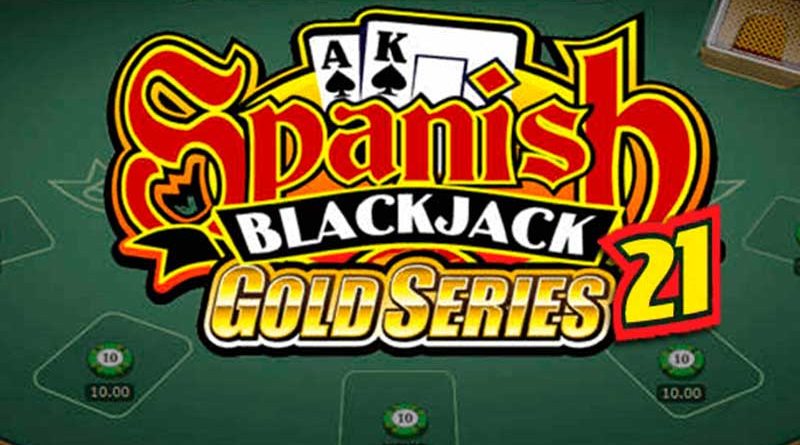 Blackjack is the most popular game loved by both professional and new players. Blackjack games to play online has many variations and is known by different names in different countries of the world.

Many of the Blackjack games to play online variations of this classic card game are found in online casinos. They maybe somewhat different in design, but the objective of the game might be similar in the game play.

Spanish 21 is one of the most popular variations of blackjack in the world and is played widely in casinos. Spanish 21 and blackjack may seem like a similar game with different names. However, there are a number of different advantages and disadvantages each game offers through the different sets of rules.

Spanish 21 is played on the same traditional table as BlackJack, but it offers the player plenty more options than traditional blackjack; and these options come at a price.

Giving the player more options to win would typically reduce the house edge, but casinos have found a way to combat that. Rather than playing with the traditional 52 card deck, they remove the four 10 cards, leaving the deck with only 48 cards. Any experienced player can tell you that removing 25% of the cards with a face value of 10 will influence your odds negatively.

Most casinos offering Spanish 21 require that the dealer hit on a soft 17. Because of this, the house advantage is about 0.8%, which is worse than almost any other variation of blackjack. In traditional blackjack, where the dealer stands on a soft 17, the house edge is only about 0.4%. This is definitely something to consider when deciding which game to play.

Some other variations of the BlackJack are superfun21, where is a round of betting before any cards are dealt. The biggest difference with this variation is the ability of players to double, surrender, hit, or stand on any two cards. A player blackjack always beats a dealer blackjack, and getting a blackjack suited diamonds will pay out at 2 to 1.

In double exposure Blackjack first two cards received by the dealer are dealt face up. Blackjack pays out at even money, although the player loses on a tie.

Another variation is Blackjack Switch where each player receives two hands, and one card from each hand can be switched. A natural blackjack pays even money, and a dealer 22 is considered to be a push.

The variation played in Vegas Strip has the dealer showing an ace or 10 point value card. Doubling down can be done with both cards, no matter what their starting score. Players may split three times and double down after a split, but they may only split once after getting aces. If you split aces and get a 10 point value card, it does not count as a blackjack.

Pontoon is another popular variant played in Asian and Australia and has some similarities to Spanish 21 such as all 10 cards being removed from the deck. The dealer has no hole card, and their second card isn’t revealed until the end of the round. An ace in a pre-double hand always has a value of one.

Multiple Action Blackjack variant has players to place multiple bets on a single hand, although the dealer then gets a hand for each wager made by the player.

Chinese Blackjack is another unique version played throughout Southeast Asia, especially during the Chinese New Year. All hands must reach at least 16, and the dealer has the option to reveal certain player’s hands and then hit again before settling bets with other players

Double Attack Blackjack variant pay even money, but the player has the option of increasing their bet after seeing the dealer’s upcard. A side bet allows the player to wager on whether or not the dealer will bust on their third card.

In 21st Century Blackjack  player bust does not always result in a loss if the dealer also goes bust with a higher total. This variant is also known as Vegas Style Blackjack.

Perfect Pairs variant is similar to European Blackjack, this game offers a side bet where players can win if their first two cards make a pair.

Popular game European Blackjack games to play online is played with four decks. Player can purchase insurance if the dealer shows an ace. Blackjack pays out 3 to 2, and there is a round of betting before cards are dealt.

Atlantic City Blackjack  is another version similar to Vegas Strip Blackjack, this variant allows players to double down on any two cards and double after a split. If the dealer has an ace or 10 point value as his upcard, he immediately glances at his downcard and takes all table bets on a blackjack (except for players with a natural blackjack).

Blackjack Surrender has the players to surrender their hand, but they will lose half of the initial wager.

In High Streak Blackjack  you can make a side bet that you’ll win consecutive rounds. A five-hand winning streak will pay out at 10 to 1.

The other variant is 21 Duel Blackjack to be found only at Playtech casinos, this variant utilizes community cards and plays a little like the blackjack version of Texas Hold’em.

The crazy Blackjack games to play online offers multiple side bets and the option to split, double down, or purchase insurance.

Multi-Hand Blackjack players are able to play more than one hand per round. Many variants offer a multi-hand option.

Stravaganza variant of Blackjack offered exclusively at Playtech casinos, the object of this game is to achieve a higher score than the dealer while being dealt only three cards.

Face Up 21 has both dealer cards exposed. Players may split only once, and blackjack pays even money.

Match Play 21  has the four 10 cards are removed from the deck. You can split up to three hands and double down on any two cards. Special blackjack payouts are available for hands containing certain cards, such as 40 to 1 for achieving Match Play 21 (a trio of sevens in the player’s hand, as well as a seven as the dealer’s upcard).

Vegas Downtown is played with two decks of cards. If the dealer gets an ace or 10 point value card on his initial face up card, he must immediately check for blackjack. If he has it, he collects all bets on the table expect for those of players who also have blackjack. Players can make three splits per hand, although only one split is allowed for a pair of aces. If a player splits an ace and then receives a 10 point value card, it is not counted as a blackjack.

Triple 7s Blackjack is another blackjack games to play online that allows players a chance to win a progressive jackpot by placing a dollar side bet. To win the progressive, a player needs to get a trio of sevens with a diamond suit. Other payouts are available for various combinations of sevens.

Red Dog Blackjack is where the cards have the same value as in poker, and only three cards are dealt to a player each round. A round of betting begins, and then players receive two cards. The goal is to get cards in consecutive order, although getting three cards of equal value will pay out at 11 to 1.

Big 5 Blackjack is played with 5 decks of cards, this version allows players to split on any two cards with the same value. You can double down once per hand, and the dealer does not check for blackjack if their upcard is an ace or 10 point value card.

You should therefore know the rules of the game before playing and know how this game works to your advantage or how it can be complicated. Know your odds and apply the best strategy to play.