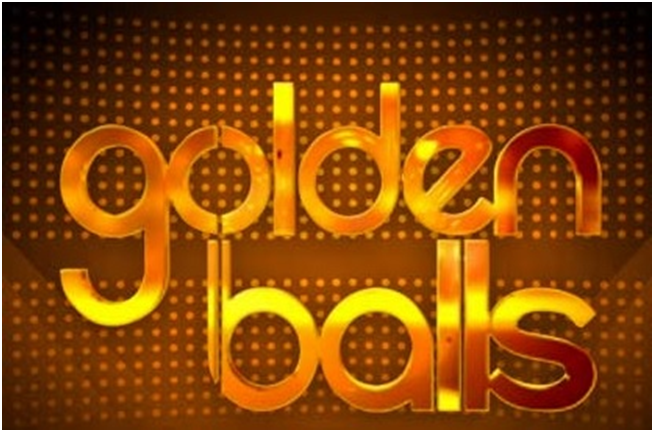 Golden Balls games are quite popular at online casinos. Recently Evolution-owned Ezugi has launched a new live lottery game with South African retail betting operator World Sports Betting (WSB) which is also named as Golden Balls. Right now this game is available across the WSB outlets in Cape Town South Africa. Golden Balls is streamed from Ezugi’s European studio and will be rolled out to WSB’s other retail outlets in Gauteng and Kwazulu-Natal provinces in the near future.

According to the Evolution Services CEO Dean Finder. “From our knowledge of the local market, we know that Golden Balls – a fixed-odds lottery game with a betting twist – is going to be a huge hit, not only in South Africa, however, Africa and worldwide as well.”

WSB head of operations, Richard Tannous, said: “It’s always great to be first into the market with a new product, especially a really exciting, best-in-class product like Ezugi’s Golden Balls.

Lottery games played in a live environment allow players to share in the excitement and thrill of betting alongside other players and watching in real time as their numbers are drawn. Golden Balls is streamed from live-dealer specialist Ezugi’s European studio, with highly professional game presenters.

What Are The Golden Balls Games To Play In South Africa?

1. Bet on Numbers Games From Ezugi

Bet on Numbers is live streamed from Ezugi’s Baltic studio. Players can bet on 36 different combinations of numbers such as; the sum of balls drawn, the odds of different colors being drawn. Once players place their bets, 6 balls are drawn by one of their professional dealers in their state-of-the-art Bet on Numbers studio, providing a real live draw experience!

Bet on numbers is the perfect game for Betting shops and online operators to diversify and provide an exciting new addition to their game portfolio!

These number games are available 24/7 and can be played with an unlimited number of players. Multiple tickets are allowed and there is a Live draw every 4-6 minutes. The game offers attractive payouts for players.

Another interesting game to play at online casinos is the Golden Balls slot game. This slot game is powered by Endemol gaming company. In this simple game, you will find a hundred balls and every ball has its value starting from ten to 75000 pounds.

The Golden balls slot is five reels and 20 paylines.with betting selections. For the stake per line, you have options from 0.01 up to one pound. So, you can start as low as 0.20, or as high as twenty pounds. When you win the slot game there is amazing sound effects. All of the controls are based at the bottom of the screen so you have a clear situation of the game. Buttons like bet one, bet max, and spin are located at the bottom right. On the left bottom side is coin size amount which you can adjust with plus and minus signs.

There are many familiar symbols, and with eleven standard symbols, it is making the show live again. For the highest paying symbols, there is wild along with scatter.

Wild – Golden Ball logo act as wild and can substitute any other symbol except scatter.

Scatter – opens the amazing feature which can be one of the three bonus rounds.

The other eleven symbols are different from the standard slot symbols. Golden Balls online game features symbols like fruits, different winning balls, and splitting and stealing contestants. A steal card can bring you the win of up to two thousand and fifty coins.

The scatter symbol in Golden Balls free online game brings you three bonus features. Depending on the number of scatters you get, the exact bonus game unlocks.

Bin or win is a feature that can be activated with three scatters. The next scene represented is where you see eleven balls which each contain the killers or cash prizes. Pick five golden balls and don’t be afraid of the killer. It doesn’t take away your winnings, it just counts as zero.

Killer spinner is a free spins feature which in Golden Balls game online starts with a four golden balls symbols, and it keeps spinning on and on until the killer ball appears at the third reel. Everything you win in this round is doubled.

Split or steal begins with a five scatter symbols. Completely different reels are exchanging the standard ones in this feature. All fields are turned into X and Jackpot symbols.

How to Win Gaming Balls Slot?

To win, you need to get 5 Jackpots on one pay line, and you get the five chances for that. The good thing is that the Jackpot symbol stays in place allowing you to win. From there you will get the option to choose to split or steal. Steel ball can double your winnings, while the split ball awards you immediately. The real deal happens when the five Jackpots are in place. The winning is certain; from there choose the split jackpot or steal the jackpot. Either one of them will bring you a decent amount of winning. That is the beauty of the Golden Balls game free online.

The maximum amount you win is RAND or ZAR 250 000. The winning is not related to the currency, it remains the same, and it can be won only in the bonus round. The payout can be from about 87 percent, all the way to 95%. The payout depends on the bet lines you choose.

Live Golden Ball Roulette is a super-smart game from Pragmatic Play. In this game, the screen is divided into two parts. The upper part is the roulette wheel with the smartly dressed croupier standing ready to spin the wheel; behind them are the bright lights of a London cityscape. On the right the winning number is displayed once the ball has landed in place on the wheel and this is also the spot for the all-important leader board so you can see how your competitors are doing compared to you. This is also where you’ll be able to see the number of game remaining until the next Golden Balls bonus round starts- more of this later.

The lower part of the screen is your green-felted playing table where you can place your gambling chips on the number that could be the next spin’s winner.

The player interface is well set out and easy to use with a smart look that shows why Extreme Gaming is so well-considered in the online roulette world. If you like your action upbeat and dramatic then you can opt for getting more of the close up camera angles with an X-Zoom mode.
This is a game that lets you drill down into the stats and if you like to know the digits of play you can, for example, find out the game’s hot and cold numbers.

This is a game all about putting the player in control. Bet as you want either using the usual roulette betting system or there’s the French system using terms like Voisins du Zero, Tiers du Cylindre, and Orphelins but pay-outs are those of standard European roulette.

The professional croupier welcomes players to the game and then all you have to do is simply place your bet; just touch the chips and then touch the number you want to bet on. The croupier will roll the ball and announce the winning number as well as prompting when the bets can be placed and when betting is closed. These pros even congratulate the winner of each spin.

Every 20 spins the Golden Ball Bonus Round takes place where the highest better for the previous 20 consecutive spins gets to place a special bet with the croupier while the other players just watch – then that player can win a cash prize or become eligible for the great big Jackpot.

Where to play Golden Ball Games in South Africa?

You can Golden Ball Live Ezugi game at any WSB outlet. Golden ball slot game and live Golden ball roulette can be played at online casinos of your choice.